The biggest biodiversity project in the history of Sussex

We are very proud to share details of the biggest single biodiversity project, for the exclusive use of wildlife in the county’s history.

The green bridge joins land that has been isolated by the A24 with a biodiversity highway. Much to our delight, the bridge provides a safe natural route for wildlife such as: insects, birds, plants, and wild animals to thrive and travel safely in Buck Barn and surrounding areas to connect.

The total £5 million cost will be met by us and the green bridge will be gifted as part of plans for the new community at Wealdcross, Buck Barn. 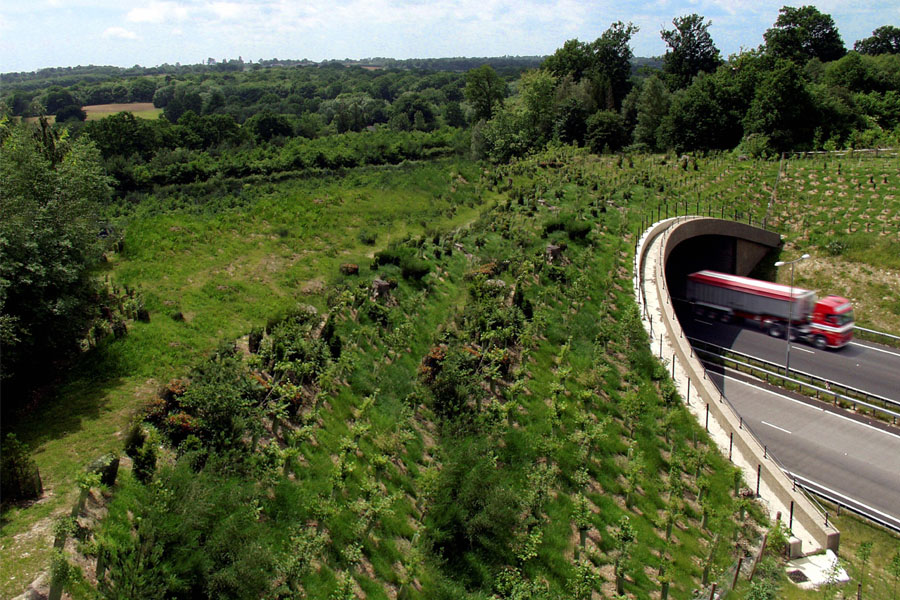 The green bridge is inspired by the A21 Scotney Bridge in Kent and draws on design and landscaping insights of ecoducts in the Netherlands.

“The bridge has the potential to transform the ecological future of the area for generations to come. We know how deeply people care about local wildlife. We have read and listened to the debate. One issue was clear: the A24 is an artificial barrier blocking wildlife access between the rewilding at Knepp Estate and the farmland beyond it”.

“When the A24 was built, little thought was given to how the road might fragment wildlife and affect biodiversity. But, today, our priorities are very different. This is our opportunity to put it right”. More discussions with residents and landowners in the area are planned so all opinions can be considered.

“Ecology bridges are a great solution. But the UK is lagging behind. We only have three similar bridges in Britain whilst some countries in Europe have hundreds of them. Wealdcross and Sussex can lead the way.  We hope other developers will be inspired to follow our lead too. We believe that in years to come, future generations will acknowledge the part played by Wealdcross in showing the wider world how sustainable communities and wildlife can thrive together.”

At Thakeham, we say we want to see a world where seeing a Hedgehog is an everyday experience. We believe that developments should provide accessible natural areas close to people’s homes, designed to complement the wider local landscape and linking up large, nature-rich open spaces with a network of green and blue corridors. The aim for this green bridge and Wealdcross combined is to do just that, to provide a place for people and wildlife.

We believe we have a duty to transform the ecological future of our planet and we believe that Wealdcross and Sussex can lead the way.

That is what we want our generation to be remembered by in years to come.